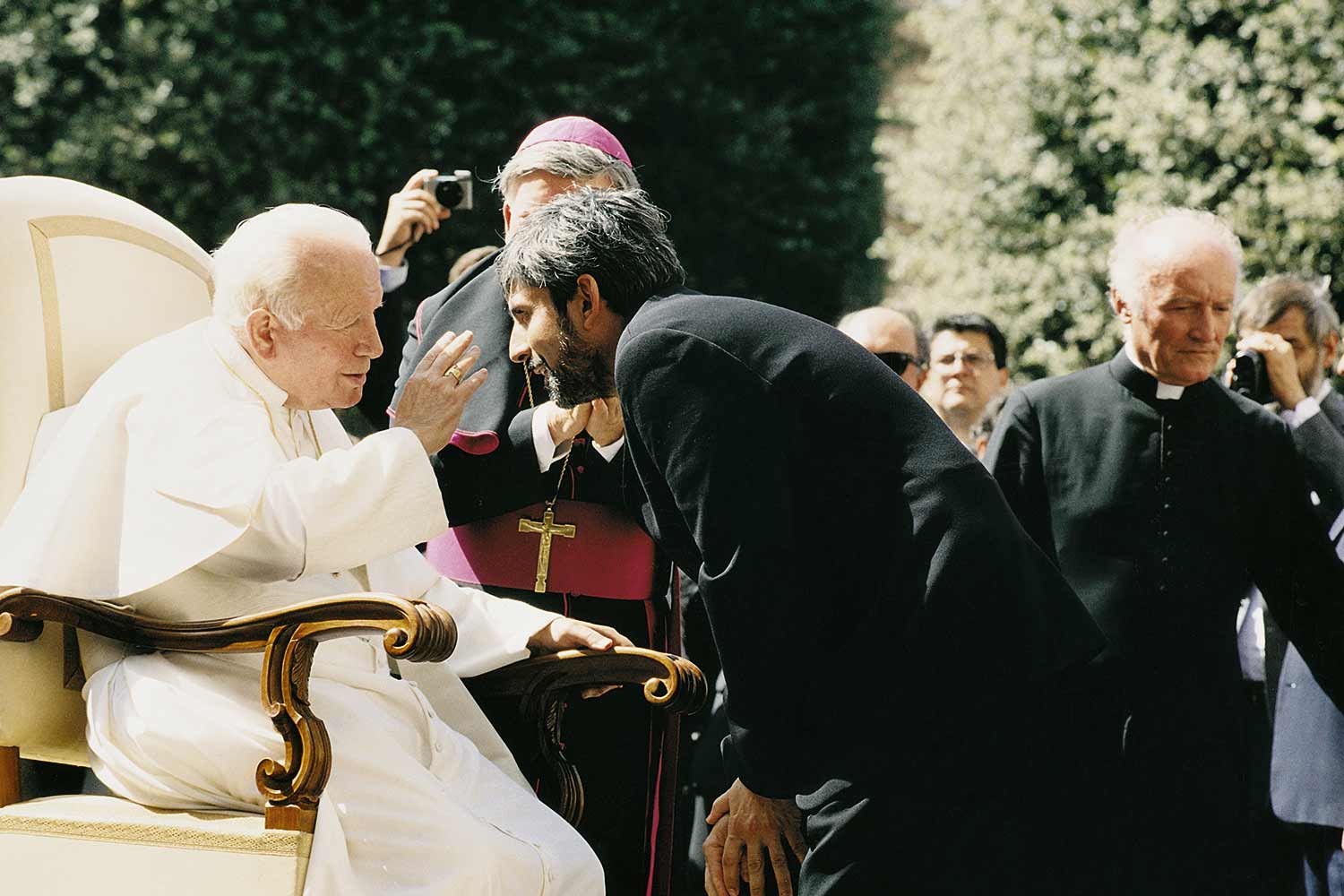 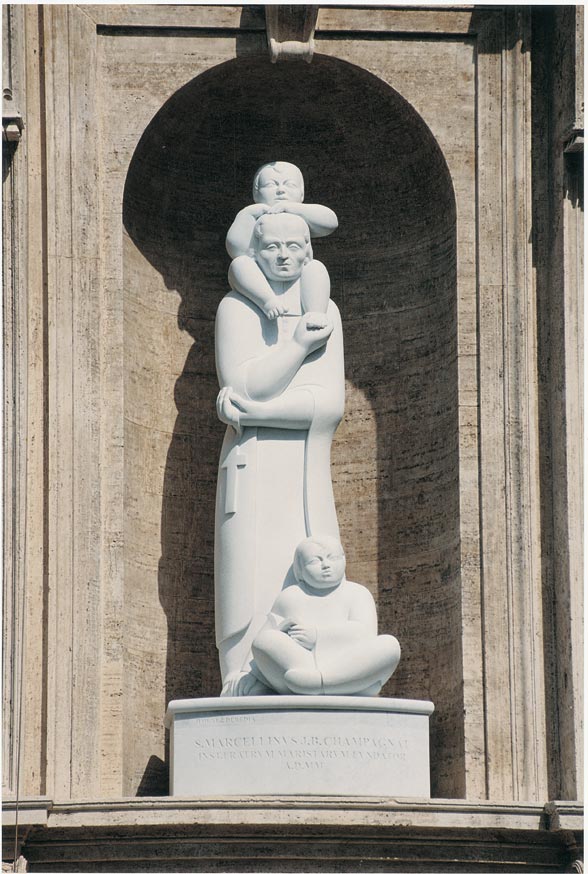 On the occasion of the Great Jubilee of 2000, the San Pedro Factory commissioned the artist to create the statue of Saint Marcellin Champagnat to be placed inside a niche of the left transept of the southern façade of St. Peter’s Basilica in Vatican City. The niche that today houses the sculpture of the Costa Rican artist was designed between 1544 and 1564 by the Renaissance sculptor and architect Michel Angelo Buonarroti. The work was inaugurated on September 20, 2000, in the presence of Pope John Paul II. Thus Deredia becomes the first non-European artist present at the heart of Christianity.